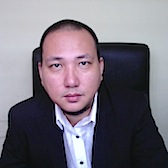 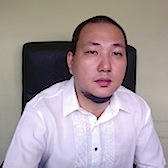 Remembering the time I first came across a computer which absolutely blew my mind off with how amazing that piece of technology and what it can do of which I wrote my first programming application using MS BASIC language operating on a MS Windows v3.11 OS running at 333Mhz CPU O_o... it was epic! Since then I told myself this is going to be the future (as few believed and most didn't), here it was.

Despite of the willingness to continue learning more, wasn't fortunate enough to pursue proper college. Despite I was a scholar, things didn't worked out right due to peers and hey, I was still young and reckless. But, thru hard times I evolved became a man and realize then that it is time to get serious and so got a chance to continue school on computer programming. With COBOL (old-school mid-level) and a better MS Visual Basic languages running on a much faster computers I enhanced more my knowledge on this young but promising technology with a GPA of 92.0/100 at STI-Malolos. Graduated and tried things out on the field knowing that there are more than meets the eye, got a chance to experience in's and out's of the computer, not just by writing codes on it but on how to build and maintain one. More and more years came, I learned a lot writing Windows desktop applications both in-house and project-base local and offshore.

Enter world wide web, another incredible piece of technology (knowing that it was first used and tested in military) is another future that I wanted to be part of. New era, new application, new languages... HTML, Javascripts, CSS and MS Visual Basic.NET I grab knowledge with. Just like knowing how a computer works, I found out how WWW/NET should be built and maintained, a set of servers, hosts both local and remote with a much more high-tech specifications of CPUs, Memory's, and Disks. Sure it won't stop! New bread of languages (more faster to develop and deploy) like PHP (Pre-hypertext processor), operating systems (more secure and optimized) like Linux, computers and services (more powerful and virtualized) like Amazon Cloud services which of course anything is possible with a High-speed internet bandwidths. We're all connected via Cyberspace, which helps us improve life, and even enjoy life, because of the hardwork, dedication and amazing minds behind the computing ecosystem we achieved a lot. It's the very reason why I wanted to continue computing, as be part of something, somewhere that will build somewhat that will make this world a better place.

skills that I’m
proud of

Sufficient knowledge on front-end development UX (users-experience) and understanding of interactions between presentations and data. A good front-end can not be achieve without a good back-end development and structures from API's and Databases.

As once an I.T. Director, thus skills for developing, implementing, and supporting information technology as it planned is also my strongest. I'm trustworthy, I'm proactive and have initiative to get the job done base on appropriate working steps. I always think for room of changes as long as required and will benefit. Committed to issues and get it resolve asap. I strongly understand clients and have room for improving service. I have sufficient written communication skill and have always room to improve verbally. I can collaborate firmly with other teams. I'm willing to work hard even harder to find solutions and even if it will take longer working days and nights (if you enjoy working a lot, you'll not notice you haven't slept for days). I wanted to succeed. All of these thus far adding leadership as my one of my best skill.

On a more global source that can be targeted nowadays, embracing enterprise architecture and analytics is a key skill, thus I'm still improving it more as the time goes by and I believe that there are always have room for learning and how you can use it as a tool to help you achieve a goal.

Basically, I oversee the Malolos Bulacan office facility, its staffs, and their activities here in the Philippines.

Anything that involves the teams here in our country, I’m the man I guess.

Promoting IT support and development of application for the multiple team. Planning and execution of automation from various platform integrations.

Country head and Director for company's Integrity and Support Dept. on Intranet, Data, Support and Quality.

Entrusted managing teams to ensure resolution on critical issues on a timely manner. Assures that every available workforce are available on emergencies and similar needed scenarios.

Assisting part on planning/building/developing internal system applications within and related to Intranet including Data integration.

Country Head for the Philippines and Director for company's Information Systems department. Which manages all aspect on development both front-end and back-end infrastructures.

Main author/architect/programmer of all systems and web applications developed within and for clients of the company.

Applications such as SMS-driven integration from web and mobile applications thru advanced API's and Web services. More detailed services as Consumer Products are described at www.golivemobile.com like Concierge, Instaconnect etc.

Assures studying, planning, and implementation of policy for the organization regarding installations, securities, back-ups, and quality standards both for delivering and maintaining applications.

Responsible for System Analysis and Design of Supplies Management System(SMS).

Developed On-Line Call Details Report for Local and US Calls made by employees and clients of the Company.

To design and assist of the development of On-Line web sites for HBLM and other sister companies.

Major Participation in the development of proposed Online Payroll System.

Conducting reports to be submitted like Statement of Expenditures (SOE’s), Financial Statements (FS’s), etc. generated by the RMGMIS Application.

Developing other software applications that adopts and relates to other cooperative faction loan programs.

As a freelance programmer, I've created a lots of programs for or from students projects. Even our own TIME-IN/COMPUTER RENTAL SYSTEM.

Accepting projects and development of software applications both for Microsoft DOS and WINDOWS-based platforms.

Encoding of data needed for the new system that is being implemented. Since the old system was created in Clipper 6.0 (a DOS-based programming language), the company needed a much up-to-date system using Visual Basic 6.0 (WINDOWS-based program).

Assisting in the identification of errors during the trial-and-error of the newly created program (Visual Basic). As a programmer, I was be able to identify bugs (error) on its LOGIC and RUN-TIME state.

Supervises encoders who are inputing data that are essential to the newly developed system.

my college and
high school